​Recently, we have noticed a large number of garages calling the Helpline with faults logged for catalyst efficiency below threshold, only to be told the garage has recently replaced the CAT following a failure of the original part. The customer then returns a few weeks later with the MIL on, but with no apparent running fault or symptoms. After much testing of the emissions, and some scope traces taken from the lambda sensor signals, the next stop is the Technical Helpline.

Catalytic converters rarely fail without a reason. The main cause is unburnt fuel entering the converter, often seen as high HC on a 4 gas analyser. High HC can be caused by an ignition misfire. Oil contamination and leaded fuel poisoning are another few reasons.

One very often missed point is failing to measure the back pressure of the system, to determine if it’s within manufacturer’s limits. This is were the homologation regulations come into play. Changing any component in an exhaust system with a non homologated component will have an effect on the emissions. A slightly higher back pressure in the system will not allow correct scavenging of the exhaust gas in the cylinder, which will result in a slightly higher than normal HC reading.

On the other hand, a slightly lower than normal back pressure will allow more fresh intake fuel and air to pass through into the exhaust during valve overlap. This will allow unburnt fuel to hit a hot CAT, where the fuel will burn at 1850 deg. C. A ceramic CAT melts at 1400 Deg. C, and a metal CAT melts at 1600 Deg.C. So any HC above 25ppm in the exhaust can be considered damaging, as the CAT may start to melt like in the picture below. 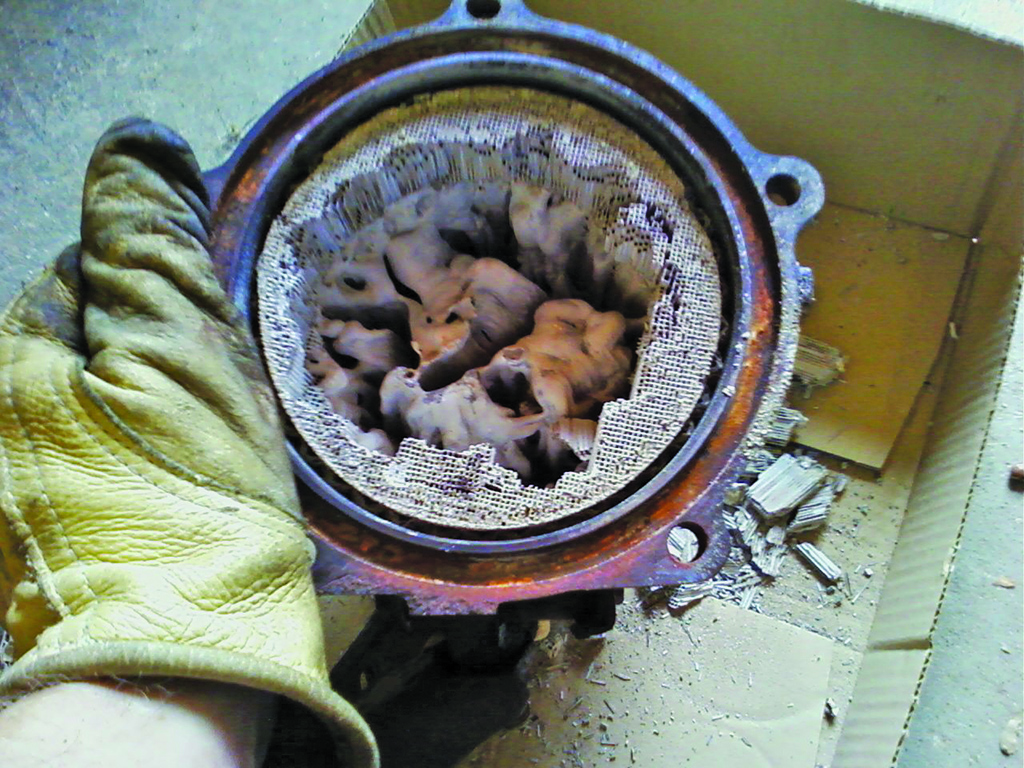